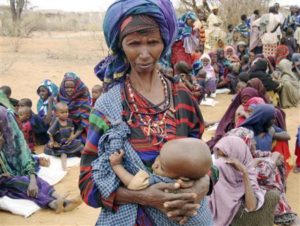 Cholera is spreading in an alarming rate from Dire Dawa in the east to Benishangul in the west and from the Capital Addis Ababa to the northern city of Mekelle claiming lives along its route.

Reports reaching ESAT from Benishangul Gumuz say 10 people have died due to cholera in Gobela town, Dangul district. The town’s hospital is admitting only people afflicted with cholera. Local authorities say the epidemic is just acute watery diarrhoea while health professionals say it is indeed cholera. No family visitation to the hospital is allowed in a bid to stop the spread of the disease. A prison in Gilgel town is also seriously affected by the scourge.

Over 100 people have reportedly been admitted to the City’s hospital in Dire Dawa, according to local health officials.

Cholera has claimed the lives of hundreds in the Somali region of Ethiopia but regime officials say the condition they like to describe as acute watery diarrhoea was under control.

The cholera crisis is on top of the ongoing hunger crisis which affects 15 million people. The UN says 800,000 children are severely malnourished and at risk of starvation.