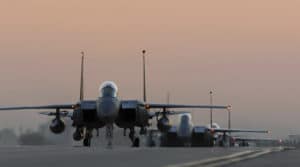 The operation occurred in southern Somalia, about 260 kilometers south of the capital, Mogadishu. Lethal action against al-Shabaab within a geographically-defined area in support of partner forces in Somalia, according to a press release by the U.S. Africa Command.

“U.S. forces will continue to use all authorized and appropriate measures to protect Americans and to disable terrorist threats,” the release said.

U.S. forces are partnering with African Union Mission in Somalia (AMISOM) and Somali National Security Forces (SNSF) in the fight against Al-Shabaab militants.