ONLF says member handed over to Ethiopia not terrorist 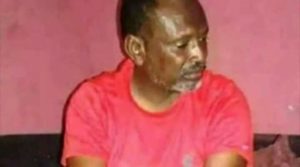 The Ogaden National Liberation Front (ONLF) said an executive member of the Front, Abdikarin Sheikh Muse, who was handed over to Ethiopia last week was not a terrorist as described by the cabinet of the Somali government.

Hassan Abdulahi, a senior member and spokesperson of the ONLF, was responding to statementents by the Somali government spokesperson that Sheikh Muse was a terrorist and his extradition to the Ethiopian regime was “a legal step taken to remove a security threat.”

Abdulahi told ESAT that there is no extradition agreement between the two countries and the statement coming out of the Somali Information Minister Abdirahman Omar Osman was a text prepared by an operative of the Ethiopian regime in Somalia known by the name General Gabre.

Abdulahi further said that the parliament not the cabinet had the power to decide on such matters. He said he had information that Parliament will convene Saturday to deliberate on the issue.

Somalis both at home and abroad denounce the government of Mohamed Abdullahi Farmajo for handing over Sheikh Muse to the Ethiopian regime. Farmajo won the election running on the platform of restoring the sovereignty of Somalia and stop meddling by the TPLF in the affairs of the country. Somalis believe the President had broken his promise by handing over Sheikh Muse to the TPLF.

Somalis in Mogadishu and Kenya took to the street to denounce the extradition of Abdikarin Sheikh Muse, also known as Qalbi-Dhagax. Asked why Somalis care if Sheik Muse is an ONLF that is fighting the Ethiopian regime, Abdulahi responded “Somalis are one people regardless of where they live.”

The Ethiopian regime says Abdikarin Sheikh Muse surrendered at his will.