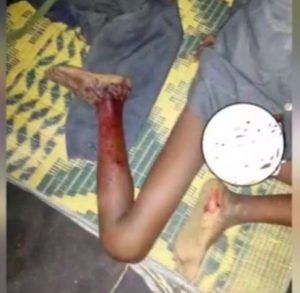 Four children were reportedly injured today when a grenade was thrown into a school in Meiso, Harar in eastern Ethiopia. Reports also say six people were injured in the ensuing shootout in the town.

The injured students were at the school for registration when the grenade was thrown. Residents of the town blamed the Somali Region Liyou (special) police for the bomb attack. ESAT sources say the grenade attack could be a retaliation against the killing of scores of members of the Somali Liyou forces by the Oromos in a fighting last week.

A turf war has been going for few months now between the Oromos and Somali communities in west Hararghe where the Oromos allege the Somali region special police forces, backed by the regime’s army, have killed scores and injured hundreds while also abducting women and children, and raiding their cattle.

Six people were also injured in a shootout between the Somali region forces and the Oromos following the bomb explosion.

The explosion came a day after a failed meeting between the two communities in which the Oromo representatives walked out in protest against a proposed map showing their land incorporated into the Somali region.

Gun fire could be heard in the town all day Wednesday while the regime is deploying massive troops to the area, according to witnesses.