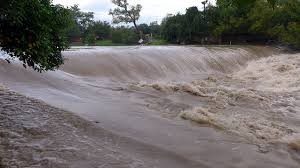 More than 93,000 people have reportedly been displaced by flooding in areas in Afar, Jima, South-East and South-West Shewa as well as in zones surrounding the capital Addis Ababa, according to a report by Centre for African Journalists (CAJ).

The report said that over 18,600 households have also been affected by the extensive flooding.

The disaster was further complicated by ethnic clashes and displacement in the Somali and Oromo regions that has displaced 80,000 people.

“The flood situation is happening in different areas than the conflict. The capacity of the response is being outstretched due to the simultaneity of the two disasters,” said a spokesperson of the Ethiopian Red Cross Society.

Food shortages coupled with outbreak of cholera and ethnic clashes have worsened the crisis in Eastern Ethiopia, especially in the Somali and Oromo regions.