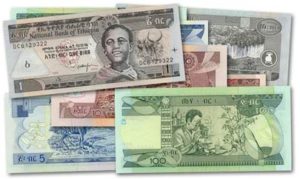 Ethiopia is to devalue its currency in a bid to cope with the serious foreign currency crunch it has faced and in attempt to cover a billion dollar loan payment due this years, according to information obtained by ESAT.

There is also talk of selling the government owned Hilton Hotel and 50 per cent shares of the Ethio-Telecom to help pay the loans due this year, according to the source.

The source said the decision has been reached following a study document presented by the governor of the National Bank, Teklewold Atnafu and his deputy Yohannes Ayalew. The duo recommended that devaluing the birr would help increase foreign trade and increase the flow of hard currency, it was learnt. It has been recommended that there will be 10 to 15 per cent devaluation of the birr in January when one dollar will be exchanged for 26-30 birr, according to the source.

Critics say further devaluing the country’s currency would shoot the price of food even higher, increase transportation fares and rent, affecting those in retirement and those who live paycheck to paycheck.

Authorities have also reached at a consensus that devaluing only can not resolve the financial crises and hence the sale or partial sale of government owned enterprises like the Hilton Hotel in Addis Ababa and Ethio-Telecom, according to the source.

The Hilton Hotel would be sold to Sheikh Mohamnmed Hussien Alamoudi, Ethiopian born Saudi tycoon, ranked 159th in 2017 Forbes billionaires list. Ethiopian officials are also in negotiation with Kenya’s Safaricom for the sale of 50% shares of Ethio-Telecom.