Over 50 killed in clashes in eastern Ethiopia 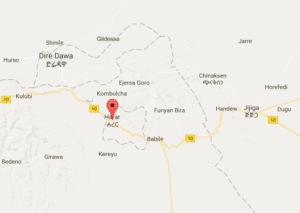 The Oromos accuse that the Somali regional government had sent the Liyou (Special) police force in the areas bordering the two side to forcefully crush a dispute between the two pastoral communities.

About thirty Somali special forces were killed and at least six militias were dead on the Oromo side in fresh fights between the two side, according to ESAT’s sources.

An official with the Oromo People’s’ Democratic Organization, an affiliate of the ruling party EPRDF, who wish to remain anonymous disclosed to ESAT that the Somali special forces have ordered residents of Girre, in Chinaksen, to leave the area in preparation to launch attack against the Oromos.

There have been an increase in deadly incidents of clashes over the last few months in areas shared by the two communities in eastern Ethiopia resulting the death and displacement of scores of people.

The deadly incidents led Canada and U.S. to issue travel advisories to Ethiopia.

Oromo activists and political parties accused that the Somali (Liyou) Special Police forces backed by the regime have perpetrated the killing of hundreds of Oromos and the abduction of women and children as well cattle raiding.

Early last month, the highway connecting Addis Ababa to Jijiga has been closed for a day due to fighting between the two communities.