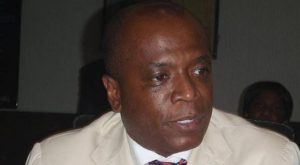 A former Guinean mining minister was sentenced to 7 years in jail for laundering 8.5 million dollars, money that he took as bribes from a Chinese mineral company.

Mahmoud Thiam was convicted in May of taking illegal payments to help China International Fund Ltd. win exclusive rights to mine Guinea’s iron, gold, diamonds and bauxite deposits and then laundering the money into the U.S., according to a report by the Bloomberg Politics

The report said Thiam served as Guinea’s mining minister from 2009 to 2010 after spending 14 years as an international investment banker at Merrill Lynch & Co. and UBS Group AG in New York.

The sentencing is sending a clear message to Ethiopia’s corrupt officials who have allegedly stashed away millions of dollars in Chinese and U.S. banks under the names of their offsprings and several alias. ESAT has learnt that the TPLF oligarchs have bought several businesses and villas in the Washington Metropolitan area and elsewhere in the U.S.

“Today’s sentence sends a strong message to corrupt individuals like Thiam that if they attempt to use the U.S. financial system to hide their bribe money they will be investigated, held accountable, and punished,” according to Acting Assistant Attorney General  Kenneth Blanco of the Department of Justice Criminal Division.

“Mahmoud Thiam engaged in a corrupt scheme to benefit himself at the expense of the people of Guinea,” said  Blanco.

“As a unanimous jury found at trial, Thiam abused his position as Guinea’s Minister of Mines to take millions in bribes from a Chinese conglomerate, and then launder that money through the American financial system,” said  Joon H. Kim. Acting U.S. Attorney Southern District of New York.

“Enriching himself at the expense of one Africa’s poorest countries, Thiam used some of the Chinese bribe money to pay his children’s Manhattan private school tuition and to buy a $3.75 million estate in Dutchess County”, Kim added.

In exchange for bribes paid by executives of China Sonangol and CIF, Thiam used his position as Minister of Mines to influence the Guinean government’s decision to enter into those agreements while serving as Guinea’s Minister of Mines and Geology from 2009 to 2010, According to a report by the Vanguard of Nigeria.

The evidence further showed that Thiam participated in a scheme to launder the bribe payments from 2009 to 2011, during which time China Sonangol and CIF paid him $8.5 million through a bank account in Hong Kong.  Thiam then transferred approximately $3.9 million to bank accounts in the U.S. and used the money to pay for luxury goods and other expenses, the Vanguard report said.