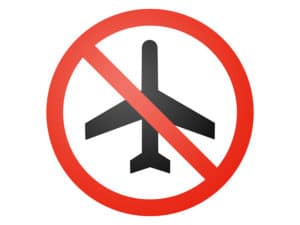 A travel ban has been imposed on high level TPLF officials, family members and accomplices suspected of embezzlement as part of the ongoing campaign against corruption in Ethiopia which critics say has so far targeted small-time scoundrels and left top TPLF officials who are widely accused of pocketing millions of dollars untouchable. ESAT has obtained a list of the officials but has been withheld for verification.

According to a well placed ESAT source, the suspected officials were verbally told not to leave the country. Some were told on their phones to make a u turn while on their way to the Addis Ababa Bole International Airport. A number of family members and accomplices of the officials were removed from boarded flights as they try to leave the country, according to the same sources.

There is no court warrant against the suspects but the security and intelligence body that is carrying out the arrests on corruption suspects has just given verbal instructions to the officials telling them that they are not allowed to leave the country. There are also officials under surveillance while property and assets of a number of business linked to the suspected officials have been freezed.

Aser Construction is a share company established by a group of engineers, with the main shareholder being Arkebe Oqubay, who, as a board member of the Ethiopian Airlines, has allegedly awarded Aser millions of dollars contracts for the construction of condominiums and airport constructions.

Gemshu Beyene Construction, that also owns the Elilly International Hotel in Kazanchis, is associated with Abadula Gemeda, the Speaker of the House and Sufian Ahmed, the former minister of finance, whose cousin in Windsor, Canada has also been the target of the investigations, according to the source.

DMC Construction, owned by Daniel Mamo, is a business partner of Prime Minister Hailemariam Desalegn, whom the source said has helped Daniel Mamao obtain construction contracts for the Jimma asphalt road, the maritime and transit building in Addis Ababa that has not been completed after 10 years, according to the source. Daniel Mamo is also stands accused of issuing bad checks to clients.

Yemane Girmay Construction, whom the source described as a front man and business partner of Abay Tsehaye, one of the men at the helm of TPLF, who as the head of the Ethiopian Sugar Corporation has allegedly awarded Girmay millions of dollars of construction projects without bid. Girmay also obtained over 13 million dollars loan from the Commercial Bank of Ethiopia without enough collateral allegedly through the help of Abay, who is a board member of the Bank.

The number of suspects arrested so far has reached 56 but critics say it did not target the main culprits in Ethiopia’s corruption syndrome. The highest official arrested thus far is a minister d’État of finance and economic cooperation, Alemayehu Gujo. The rest are former managers of government sugar projects and roads construction authorities among others.