Ethiopia: Bank records of corruption suspects show money might have been sent offshore 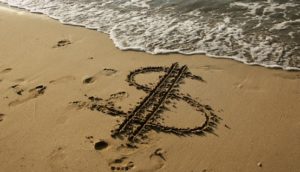 Bank accounts of corruption suspects who run multi-million dollar projects show only few thousands of dollars in balances, according to a source, who said the money might have been sent offshore.

ESAT learnt that the largest money available in the balances of the over 50 suspects was about 15,000 dollars. The assets and bank accounts of the suspects have been freezed by the authorities when the crackdown against them began last month. 56 businessmen and officials have so far been put behind bars accused of squandering and pocketing millions of dollars.

Balances on the bank accounts of Aser Construction shows only about 4,500 dollars. Aser is a share company established by a group of engineers, with the main shareholder being Arkebe Oqubay, a member of the inner circle of the TPLF, who, as a board member of the Ethiopian Airlines, has allegedly awarded Aser millions of dollars contracts for the construction of condominiums and other airport constructions.

The largest balance was on the accounts of Gemshu Beyene Construction, which also owns the Elilly International Hotel in Kazanchis, a company associated with Abadula Gemeda, the Speaker of the House and Sufian Ahmed, the former minister of finance.

Last week a travel ban was imposed on high level TPLF officials, family members and accomplices suspected of embezzlement, according to ESAT’s sources.

The campaign against corruption did not lay a finger on higher officials of the TPLF who are widely accused of pocketing millions of dollars, casting doubt if the regime is really serious about wiping out corruption. Some believe it was just a show while others say it was an indication of the internal crisis within the TPLF.

Transparency International in its recent report says illicit financial flows continues in 2016 and money from corruption could make it even higher. According to Global financial Integrity, Ethiopia lost US$11.7 Billion in Illegal Capital Flight from 2000 through 2009.