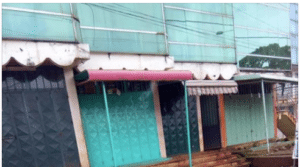 The strikes by small businesses and vendors against tax hikes that began in the wider Oromo region and which was followed by towns in the southern parts of the country has on Friday spread to the north.

As the strikes in the Oromo region have continued, Jimma Arjo district, 50 kilometers outside Nekemte has come to a standstill, according to reports reaching ESAT.

The tax assessments on small businesses and vendors has faced push-backs by business owners who say assessors have overestimated their daily sales.

Analysts say the regime has a huge deficit in its budget for the year and is trying to cover the shortfall from taxes.

The Ethiopian government expects to cover a third of its budget from loans and aid this budget year, according to the budget recently endorsed by its parliament.