U.S. warns of the risks of traveling to Ethiopia 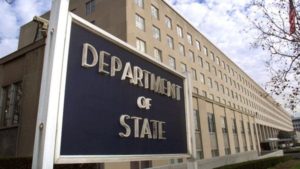 The U.S. Department of State on Tuesday warns U.S. citizens of the risks of travel to Ethiopia due to “the potential for civil unrest and arbitrary detention since a state of emergency was imposed in October 2016.”

“The Government of Ethiopia routinely restricts or shuts downs internet, cellular data, and phone services, impeding the U.S. Embassy’s ability to communicate with U.S. citizens in Ethiopia and limiting the Embassy’s ability to provide consular services. Additionally, the Government of Ethiopia does not inform the U.S. Embassy of detentions or arrests of U.S. citizens in Ethiopia,” a travel advisory from the U.S. Department of State said on Tuesday.

The Department reminds its citizens that the Ethiopian regime extended the state of emergency on March 15, 2017, and there continue to be reports of unrest, particularly in Gondar and Bahir Dar in Amhara State.

The Department also reminds citizens that security forces may use force and live fire in response to demonstrations, and that even gatherings intended to be peaceful can be met with a violent response or turn violent without warning.