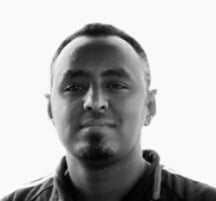 Habtamu Ayalew, whose exposé of torture stories in Ethiopia’s notorious jails has gripped the nation, said Dr. Tedros Adhanom, one of the leading candidates for the WHO director general, rejected his request through mediators to travel abroad for a life saving medical treatment when the candidate was a minister of foreign affairs of Ethiopia.

Habtamu Ayalew, a prominent opposition politician, who had undergone through unimaginable torture in prison that resulted in colorectal complications and other life threatening ailments, says Dr. Tedros was approached by mediators on his behalf and was asked a number of times to allow him to travel abroad for a life saving treatment. But Ayalew, a prominent opposition to Dr. Tedros’ government, said the former health and foreign affairs minister had repeatedly rejected his request.

Ayalew said demands to allow him to travel abroad for treatment was also made by the U.S. State Department, Amnesty International, Human Rights Watch and prominent Ethiopians; but Dr. tedros had turned a deaf ear to all requests.

“I can not imagine a person who refused treatment for a victim of torture seeks to run the global health institution,” Ayalew told ESAT in an exclusive interview.

Ayalew also accused that Dr. Tedros, as a minister of health, was well aware of the existence a medical team at prisons, whose task is to treat political prisoners after a horrible torture, to conceal scars of torture and to keep them alive, so visitors to prisoners wouldn’t not find out what had actually happened to them.

Ayalew, who is now in the U.S. undergoing life saving treatment, said Dr. Tedros’ government  finally allowed him to leave the country for treatment when his tormentors believed that he had no chance to survive.

“Dr. Tedros, who is still a politbureau member of the oligarchy in Ethiopia, is a person who left me to die because i am his critic. I can’t believe he wants to be in charge of the health of the world,” said Habtamu Ayalew.

“I am a personal victim of Dr. Tedros Adhanom.”

Upon leaving his country, Habtamu exposes that regime investigators   inflict unimaginable physical and psychological torture on prisoners including but not limited to damaging their reproductive organs and making them sterile for life.

In an interview with the VOA Amharic service, Habtamu Ayalew, former spokesperson for the opposition Andinet Party said not only he had endured physical torture, the psychological scar is still enduring even worse.

Habtamu said what the investigators inflict on prisoners is something he wouldn’t dare to say in public due to it’s graphic nature and that his religion would not allow him to speak about the bestial acts of regime investigators.

He said investigators would hang a bottle of water on prisoners’ genitals while the prisoners are hanged on a pole to obtain forced confession. “They also tie ropes to your genital and pull it for a period of time,” he told the VOA. “I know so many prisoners who have become sterile due to this heinous torture.”

He said prisoners at the Central Investigation Bureau in Addis Ababa,   widely considered as Ethiopia’s torture chamber, are only allowed to use the bathroom twice a day for an average of 2 min at a time.

Habtamu recounted his experience at the Investigation Bureau where he was once put in solitary confinement without access to a bathroom and was forced to use plastic bags and water bottles for four months. “They would also punch you on the back, right where your kidneys are, so you will take a leak on yourself. They would tie prisoners to a chair for days on till they defecate on themselves.”

Habtamu mentioned by name some of the political prisoners that have undergone through some of the despicable acts of torture: Abebe Wergesa, Lejisa Alemayehu, Angaw Tegegn, Agbaw Setegn, Engidaw Wanaw and Abay Zewdu.

Security forces arrested Habtamu Ayalew and detained him for over two years falsely accusing him of having links to Patriotic Ginbot 7, an armed group fighting the tyrannical regime for a democratic change.

Habtamu says he is speaking against Dr. Tedros because the WHO should not be led by a person who is a leading member of a clique that tortures its own citizens.

“The institution is on the verge of appointing a cruel individual who belong to a regime known for its abysmal record of crimes against humanity,” said Ayalew.

Reeyot Alemu, an Ethiopian journalist who endured solitary confinement, physical and mental abuse in jail, has this week  written a letter to the World Health Organization (WHO) opposing the candidacy of Dr. Tedros Adhanom, a person who was at the helm of a tyrannical regime in Ethiopia.

The award winning journalist wrote that “Someone like Adhanom, who played a key role, as a decision maker, in causing the suffering and abuse of fellow human beings can never have the caliber and integrity needed to lead a global institution whose mission is the attainment of the highest possible level of health by every human being.”

Ethiopians in the Diaspora are on a social media campaign opposing the candidacy of Dr. Tedros. Demonstrations are also scheduled to take place in Geneva during the World Health Assembly next week.