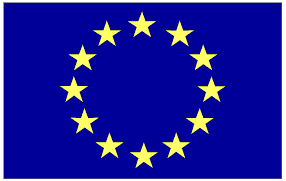 Members of the European Parliament called for the immediate release on bail and dropping of all charges against Dr Merera Gudina, the Chairman of the opposition Oromo Federalist Congress party.

Dr. Merera Gudina was arrested upon his return from a visit to the European Parliament on 9 November 2016, where he joined a panel with other opposition leaders and testified against the human rights abuses by the regime.

“Parliament further reiterates its call for a credible, transparent and independent investigation into the killings of hundreds of protesters in 2015 and into human rights abuses against members of the Oromo community and other ethnic groups perceived to be in opposition to the government,” the statement from the EU further said.

“MEPs urge the Ethiopian government to refrain from “using anti-terrorism legislation to suppress legitimate peaceful protest” and to lift restrictions on free expression and association,” the statement further said.

Anti-government protests in 2015 and 2016, especially in the Oromo and Amhara regions, had forced the regime to declare a state of emergency in October 2016. Hundreds of people were killed and tens of thousands remain in jail.

“This violation of human rights in Ethiopia is systematic and aggravated under the state of emergency. Excessive force against peaceful demonstrators, massacres as in Irreecha, brutalizing victims of the garbage dump landslide last March, brutal repression against the Oromo community and other ethnic groups, arbitrary arrests, torture, killings, terrorism charges against those daring to dissent,” Ana Gomes, a member of the european Parliament and a vocal critic of the Ethiopian regime said.

“In this resolution we call on the EU High Representative to mobilize EU Member States to support a UN led international inquiry into the killings in Ethiopia. Commission and Council must stop the pretense that they deal with a respectful government in Ethiopia to justify wasting piles of EU taxpayers money as development aid, security assistance or the ‘migration compact’,” she further said.

“They are in fact assisting a corrupt dictatorship which rules by terror, thus fueling rebellion and insecurity. Ethiopia is, indeed, strategic: when Ethiopians revolt, all Africa will tremble,” she noted.