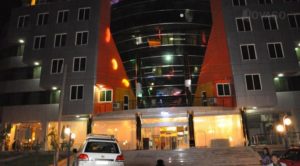 A grenade was thrown at the Florida International Hotel in Gondar Saturday night. Three people have reportedly been injured in the attack.

Several windows were shattered in the attack at the hotel which is frequented by government officials. The Hotel is also used as the headquarter for the command post, a body established by the regime to oversee the martial law, which has been extended last week by another four months.

No party took responsibility for the attack but anti-government sentiment runs high in the region and there have been several reports of attack against government targets in the past two months.

Saturday’s grenade attack was the third of a series of attacks this year. In January, grenade explosions hit the Entasol Hotel in Gondar and the Grand Hotel in Bahir Dar. One person was killed and 19 others were wounded in the attack.