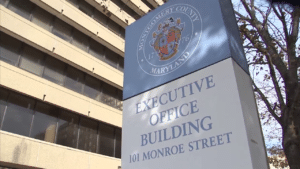 The council of the Montgomery County in Maryland declared the month of March Adwa victory month.

The council says the victory at Adwa against the invading Italian forces in 1896 was an inspiration for African nationalism.

Board member of the Ethiopian Heritage Society in North America, which campaigned for the recognition of Adwa by the county, Dr. Solomon Reta told ESAT that the council agreed that the victory of Adwa is a source of pride for black people globally. He said the day will be celebrated in Silver Spring on Saturday through various activities.

This is the second year in a row the county recognizes the victory of Adwa and declared the month of March Adwa victory month.

Residents of Ethiopian descent are the second largest group of African immigrants in Montgomery county .

This year marks the 121st anniversary of the victory of Adwa. The victory in 1896 by the Ethiopians over the invading colonial forces of Italy goes down in history as a major setback to the European colonizers, who at the Berlin conference carved up the entire Africa.

Ethiopians, led by Emperor Menelik and his wife Tayitu, had decisively routed the Italians led by General Oreste Baratieri in a war that culminated at the battle of Adwa, in northern Ethiopia.