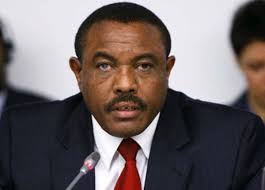 The Tampere University of Technology in Finland rescinded the honorary doctorate degree it was scheduled to award to Ethiopia’s prime minister Halemariam Desalegn following a relentless campaign by Ethiopians in the Diaspora who believe a man at the helm of a brutal regime does not deserve such recognition.

The Ethiopian community representatives in Finland last month wrote a letter saying the Prime Minister does not deserve such an award as he is part of regime that terrorizes its own people.

An alumnus of TUT, Hailemariam Desalegn graduated in 1992 with MSc in sanitation engineering.