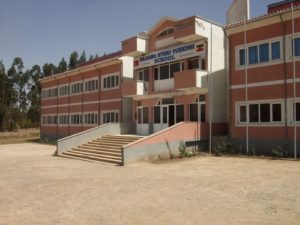 A network of schools in Ethiopia linked to Muslim cleric Fethullah Gulen, accused by Turkey of masterminding a failed coup attempt last year, is changing ownership, according to a report by the Associated Press.

Turkish President  Tayyip Erdogan has been urging countries to transfer ownership of the Gulen schools to his government.

During a visit to Ankara by the Ethiopian president, Mulatu Teshome last month, the two sides agreed on transferring the schools to the Turkish government. It is not clear how that agreement has been reversed but Cecil Aydin, a coordinator at the schools in Ethiopia, said this week that the sale of the school network to a group of educators from Germany was a “business decision,” according to the AP report.

The report said Aydin did not identify the new owners and the German embassy declined to comment.

The schools in Ethiopia enroll nearly 2,000 students and the annual fees per child could run over 2500 dollars, according to the report.