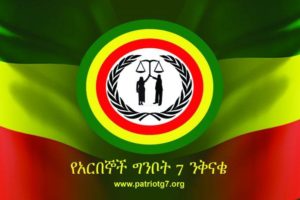 A group of armed men on Thursday attacked a prison in north Gondar freeing political prisoners. Patriotic Ginbot 7, an armed group opposing the Ethiopian regime claimed responsibility for the attack.

Meanwhile, a fuel truck travelling from Sudan to Ethiopia came under attack in a place called Negade Bahir on the Ethiopian side of the border. Several fuel trucks were stranded following the attack.

No party claimed responsibility for the ambush.

There have been sporadic attack by self-organized armed groups and PG7 against regime forces in northern Ethiopia.