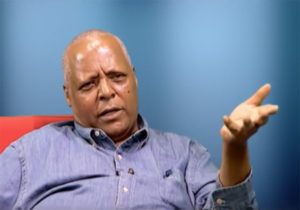 The Lawyer for Dr. Merera Gudina, detained and charged with alleged violations of the state of emergency and sedition, requested today for his client to be released on bail.

Prosecutors for the Ethiopian regime accuse Gudina, the leader of the Oromo federalist Congress (OFC), and others of inciting the anti-government protest that rocked the nation last year.

Prosecutors also charge that Gudina violated the state of emergency declared last year, seen by many as a martial law, when he met Prof. Berhanu Nega in Brussels in December when they both testified at the European Parliament on the political situation in Ethiopia.

Dr. Gudina was put behind bars upon his return from Brussels.

The Ethiopian regime uses anti-terrorism as well as state of emergency laws to crackdown on opposition politicians and dissents.