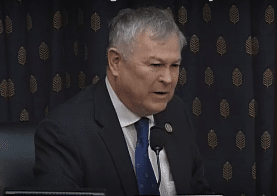 A U.S. congressman says it is high time for the U.S. stopped allying with a brutal regime under a pretext of war on terror.

Representative Dana Rohrabacher of California was speaking at a hearing on Thursday organized by the House Committee on Foreign Affairs under the theme “democracy under threat in Ethiopia.”

“Any honestly elected government would be against radical Islam,” the congressman said describing the Ethiopian regime as “a small clique that’s corrupt and brutal.”

“The Ethiopian regime represent a small minority in Ethiopia. We are helping that small clique which is corrupt and brutal. It’s time for the U.S. to say we made a mistake by going down that road with a small group of people. We should be friends with the overall people of Ethiopia, not just with a clique. That will serve the interest of the U.S. and the interest of the people of Ethiopia,” Rohrabacher said.

The congressman who recalled the attack by security forces against protesters in the post 2005 election that was won by the opposition said it was “disgraceful” that the regime used American military aid to oppress the people. “It is time to eliminate Ethiopian regime from its ability to purchase and obtain U.S. weapons. It is disgraceful that after the 2005 election, the military attacked the people. The worst part is that this military has American weapon that was used to repress the people.”

Rohrabacher said 20% of the people of Ethiopia is starving as a direct result of a corrupt and brutal regime. “The problem with a brutal regime is not only repression but also misery and hunger,” he said.

Chairman of the Subcommittee on Africa, Global Health, Global Human Rights and International Organizations, Representative Chris Smith of New Jersey chaired the hearing. He recalled that tens of thousands of political prisoners still remain in jail in Ethiopia. Smith mentioned the recent arrest of journalists Khaled Mohammed and Darsema Sorri as well as the leader of the Oromo Federalist Congress, merera Gudina.

Speaking on the occasion, senior researcher at Human Rights Watch said the regime’s narrative of double digit economic growth and progress in development indicators is a “smokescreen.”

“The current government – the only one since 1991 – runs the country with an almost complete grip on power, controlling almost all aspects of political, public, and even much private life,” said Felix Horne.

Representatives of various groups of Ethiopians and a torture survivor also spoke at length on the human rights abuses perpetrated by the regime especially under a martial law that was declared in October following protests in the Amhara and Oromo regions.