Eritrea denies accusations it is behind attempted attack on Ethiopian dam 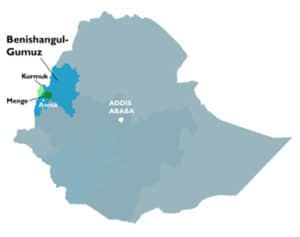 Eritrea denies Ethiopian regime’s accusation that it was behind an attempted attack on the country’s hydroelectric dam.

“This whole accusation is preposterous and peddled for some sinister reason,”   Yemane Gebremeskel said in a message sent to Bloomberg via Twitter. He said he has “never heard of this group.”

“They’re clearly supported and trained by the Eritrean government,” Zadig said of the BPLM.

There have been several reports of attack and counterattack between regime soldiers and opposition armed groups in Benishangul Gumuz region.