Ethiopia: Official says gov’t has a hand in conflict between Somali, Oromo 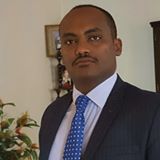 An official with the Oromo Regional State accused the government of having a hand in the recent killings and cattle raiding by the Somali Region Special Forces against the Oromo people in East Hararghe, Bale and Borena.

Head of the regional communication bureau, Addisu Arega told local media that government bodies had a role in the incursions, looting and killings by the Somali Region Special Forces against the Oromos.

The official confirmed loss of lives in the ongoing conflict but did not say how many. Other sources fear several people might have been killed in the recent conflict between the Oromo and Somali ethnic groups along their border in South eastern Ethiopia.

Last week, the Oromo Federalist Congress warned of grave consequences of the abduction, cattle raiding and killings perpetrated by the Somali Region Special Forces against the Oromos.

OFC said in statement that as per information it received from East Hararghe, Bale and Borena regions, there have been massive looting and killings against defenseless Oromos, which the ruling party has deliberately avoid to intervene and stop.

OFC accused that the killings and looting have been perpetrated by what it called “irresponsible officials who would do anything to cling to power.”

There have been several deadly clashes in the past between the two sides over grazing land as well as incursions and counter incursions.