Ethiopia: Eight soldiers killed in a fight with guerilla groups 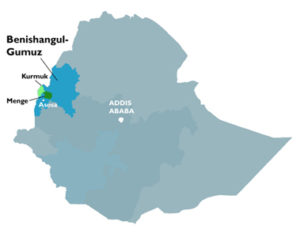 Eight regime soldiers have reportedly been killed in a fight with guerrilla groups operating in western Ethiopia.

A human rights activist for the Benishangul Gumuz region of Ethiopia, Halid Nassir confirmed to ESAT the ongoing fight between regime forces and guerrilla groups operating in the area.

The Ethiopian regime is facing armed resistance in all directions. There have been reports of fighting in northern Ethiopia where both the government and guerilla fighters claiming to have the upper hand.