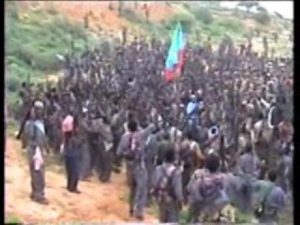 “TPLF regime forces were engaged in harassment activities around the Dumodlay Village of Qabri-dahar district including rape, beatings, and arbitrary detention,” the report said.

The Ogaden National Liberation Army attacked the regime’s forces in Dumodlay Village on the 15th of December, 2016 and has caused considerable damage against regime forces, killing 6 soldiers and wounded 8 others, according to ONA.

The TPLF regime in Ethiopia has been accused of perpetrating numerous human rights violations in the Ogaden region, as documented by human rights groups.

“Ogaden is war-zone and the conflict between ONLF Army and TPLF regime forces is on daily basis,” the report further said.