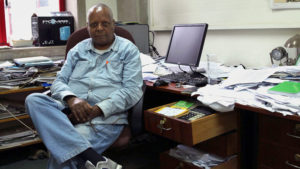 A member of the European Union Parliament and Amnesty International today denounced the arrest on Wednesday of Dr. Merara Gudina, an opposition political figure. Dr. Gudina was jailed upon his return from Europe, where he testified at the European Parliament criticizing the Ethiopian regime.

A  long time advocate for human rights in Ethiopia, Ana Gomes, member of the European Union Parliament expressed her outrage against the arrest of Dr. Gudina.

“It is unacceptable that Dr. Merera Gudina was detained upon arrival in Ethiopia, and his arrest demonstrates the government’s absolute disregard of human rights, namely freedom of speech. It should serve as an indication that the Ethiopian government has no intention to open up democratic space in the country nor to heed your calls for inclusive dialogue,” wrote Mrs. Gomes to Federica Mogherini, High Representative of the Union for Foreign Affairs and Security Policy, who is also Vice-President of the Commission.

Mrs. Gomes, who said Dr. Gudina gave his testimony at the European Parliament up on her invitation, called for the EU to employ a more strict modus operandi towards the regime in Ethiopia.

“A more stringent approach is necessary from EU towards the Ethiopian government. Failing to do so will only aggravate the violence in the country, which can easily escalate into civil war,” she wrote.

Mrs. Gomes urged the EU to condemn the arrest and press for the release of the politician. She said she fears Dr. Gudina might be tortured. “I am extremely concerned about the detention of Dr. Merera Gudina and his relatives, and believe that he is at risk of being submitted to torture and other ill-treatment.”

Similarly, Amnesty International said the arrest of Dr. Gudina exacerbates tensions in the country. Amnesty’s deputy Director for East Africa said in a statement that the Ethiopian regime should address human rights violations in the country.

“The arrest of Merera Gudina is an outrageous assault on the right to freedom of expression and should sound alarm bells for anyone with an interest in ending the deadly protests that have rocked Ethiopia over the past year,” said Amnesty International’s Deputy Director for East Africa, the Horn and the Great Lakes, Michelle Kagari reacting to news of the arrest of  Merera Gudina.

“This is a move that will exacerbate, rather than ease, the underlying tensions currently simmering in the country. Instead of resorting to further repression and clamp-downs, the Ethiopian government must urgently and meaningfully address the human rights grievances that are fuelling unrest,” warned Kagari.

Dr. Gudina is one of the prominent figures in Ethiopia’s opposition politics. An Oromo  by ethnicity, he lead Oromo political organizations and was a member a handful of Ethiopian political coalitions.