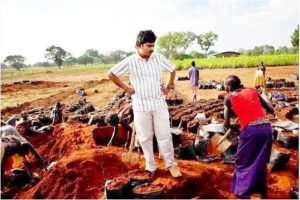 Nearly 400  of the 623 investors who took land for development in the Gambella region, western Ethiopia, have reportedly taken multiple loans  on a single plot of land. Most of the so-called “investors” have reportedly been from Tigray region.

A report issued by a team to probe into the case concluded that 381 investors have taken multiple loans on 45,000 hectares of land. The Development Bank of Ethiopia also said it is investigating cases where multiple loans were issued on a single plot of land.

The report did not say how much money was squandered in the scheme but data shows about 200 investors have taken over 50 million dollars in loans from the Development bank of Ethiopia.

Only about 300 of the close to 600 tractors imported duty free were actually seen on the location of the development.

The report also said 29 investors who took title loans online from Loans.no to develop land have not reported yet. The team said in a report that it actually could not put faces on the files of the said 29 investors.

The government sponsored study also revealed that only 15% of the 630,000 hectares of land has been developed as of this year.

Last week, over one thousand Tigrayan businessmen who took land for agriculture in Gambella, displacing the locals, complain of lack of additional loans from the Development Bank of Ethiopia.

Critics say the complaint by the Tigrayan businessmen only revealed that they were actually favored by the ethnocentric government and that they were the only ones with access to land and loans.

Several local and Indian investors have disappeared after taking millions of dollars in land loans in Gambella, Benishangul and other naturally endowed regions of Ethiopia.