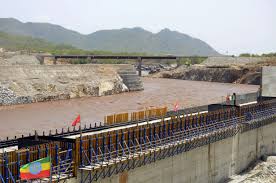 A former Egyptian official said a visit last week by an advisor to the royal court of Saudi Arabia, Ahmed al-Khatib, to the Ethiopian Renaissance Dam was “a dangerous move and said it constitutes an act of public intrigue.”

Former Irrigation Minister Mohamed Nasreddin Allam described Khatib’s visit by the Saudi official as harmful. It was “an attempt to harm the interests of 92 million Egyptians and an added response to the ongoing conflicts between Egypt and the kingdom,” he was quoted as saying.

Ahmed al-Khatib visited the Ethiopian Renaissance Dam while he was in Ethiopia; a visit that was not on his schedule.

Khatib met with Ethiopian Hailemariam Dessalegn, who urged the Saudi kingdom to support the dam project financially and to invest in Ethiopia.

The head of the Middle East Centre for Strategic and Legal Studies, Anwar Eshki, has denied media reports claiming that Saudi Arabia intends to finance the construction of Ethiopia’s Renaissance Dam, according to Middle East Monitor.

The report said retired General Eshki told Misr Al-Arabia news channel that the aim of the visit to the dam by the senior adviser to the Saudi royal court and board chairman of the Saudi Fund for Development, Ahmed al-Khatib, was to discuss bilateral relations and economic projects between the two countries.

He denied reports claiming that Al-Khatib’s visit to Ethiopia was retaliation for Egypt’s recent support of the Syrian regime of President Bashar Al-Assad, whom the kingdom opposes.

The two officials agreed to form a joint committee to cooperate in the field of energy.

Egypt and Ethiopia have been at loggerheads since the latter began construction of the dam along the Abay river which is a lifeline to the Egyptians.