Ethiopia: A member of Parliament found dead at her office 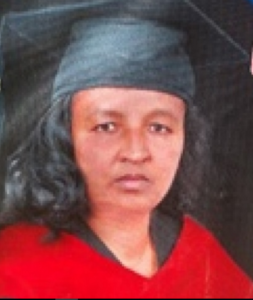 A member of the Ethiopian House of People’s Representatives was found dead at her office on Tuesday. The burial of Adisie Zeleke was conducted on Wednesday in the city of Bahir Dar.

Zeleke, 48, represents the Amhara region and her party, the Amhara National Democratic Movement (ANDM), is one of the four parties forming the coalition, the Ethiopian People’s Revolutionary Democratic Front (EPRDF).

ESAT’s sources said the death of the MP, who was one of the critic of the government at the Parliament especially regarding the recent declaration of the state of emergency, was suspicious.

Members of the ANDM at the House have reportedly objected to the martial law, which was declared after a yearlong uprising in the Amhara and Oromo regions that shook the tyrannical regime to the core.

Her body was rushed to Bahir Dar without undergoing postmortem examination in Addis Ababa, one of the two places in the country where such examination is available.

Zeleke worked at various departments in the Amhara region before she became a member of parliament in 2015.

Zeleke, a widow, is survived by two children.