Representative Mike Coffman of Colorado today urge the House of Representative to vote on H. Res. 128, a resolution supporting respect for human rights and encouraging inclusive governance in Ethiopia.

The Representative from District 6 of Colorado who works closely with the Ethiopian community on promoting democracy and human rights in Ethiopia also expressed his disappointment that the House has not yet scheduled a vote on the Resolution.

“I am disappointed that the house has not yet scheduled a floor vote on House Resolution 128. I note that on two prior occasions, a vote was tentatively scheduled. In both of these instances it’s my understanding the vote was postponed due to pressure from the Ethiopian government who curbs human rights abuses against their own people but fail to deliver,” the Congressman said speaking on the House floor this morning.

He said the ongoing human rights crisis in Ethiopia is extremely troubling to him, to the resolutions and other co-sponsors, to the many Americans of Ethiopian heritage and to numerous human rights groups. He encouraged the House leadership to schedule a vote and members to vote in favor of the Resolution.

Representative Coffman said he believes the United States could take actions to influence changes in Ethiopia. “The resolution does not simply highlight the Ethiopia’s government increasing authoritarian acts but also encourages the united states to support efforts to improve democracy and governance in Ethiopia. I believe that the united states can take actions that will positively influence the ethiopian government and use our existing institutions to further democracy and effective governance in Ethiopia,” Coffman said.

Coffman said the Ethiopian regime, instead of making the required changes, has resorted to hiring a D.C lobby firm and engaged in public affairs works. He said he was aware that the Ethiopian regime has threatened to stop security cooperation with the U.S. should the House proceed with the Resolution.

“I am dismayed rather than solving their problems and moving towards becoming a more democratic government, the Ethiopian government has chosen to hire a D.C. lobbying firm…..The issue the Ethiopian government needs to address is the repression of democracy and its citizens in Ethiopia. The solution to whatever negative perception it has in the halls of the U.S. congress is not a public affairs one but rather what concrete steps are taken — are being taken against democracy in Ethiopia.” 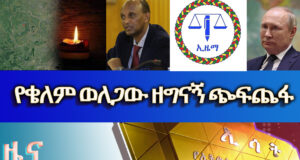 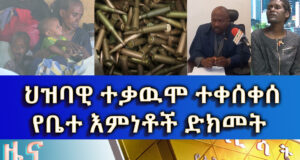 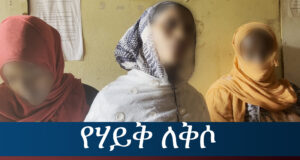 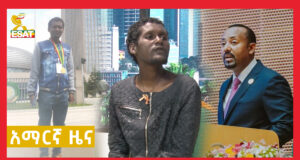 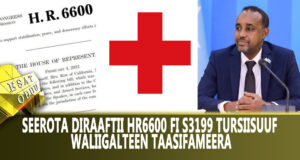 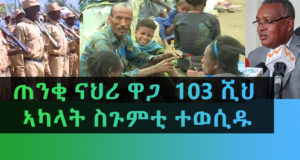