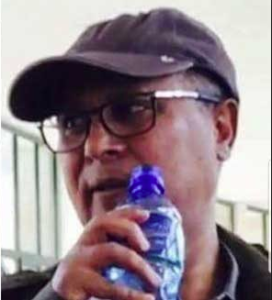 Ethiopia’s Attorney General says the Tigray regional government has refused to hand over Getachew Assefa, the former spy chief who is wanted for wide-ranging crimes and human rights violations in the nearly three decades of rule by the Tigray People’s Liberation Front (TPLF).

Getachew Assefa has headed the security and intelligence arm of the TPLF controlled government until his removal by the government of Abiy Ahmed in June 2018.

He has been implicated in the disappearance, torture, imprisonment and extrajudicial killings of dissidents and journalists.

In August 2018, an Ethiopian court issued an arrest warrant on the former spy chief. But he has been hiding in his hometown Mekelle, Tigray region since he was removed from office.

Berhanu Tsegaye, the Attorney General told Ethiopia’s Parliament on Tuesday that the Tigray regional government has not been cooperating to arrest Getachew Assefa and bring him to justice.

In response to a letter by former Congressman Mike Coffman to the Secretary of State calling for the imposition of the Global Magnitsky Act on the former Ethiopian spy chief the U.S. Department of State said in November that it will “evaluate the information and take steps as appropriate.”

Mike Coffman wrote a letter to the Secretary of State, Mike Pompeo, calling for visa restrictions and asset freeze against Getachew Assefa, the former spy chief who is implicated in a number of human rights violations and killings.