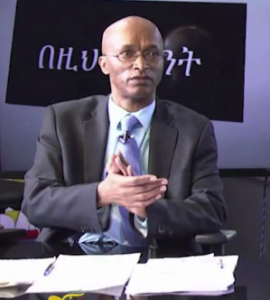 Exiled leaders of an inquiry commission that was set up in 2006 to probe into post-election violence the previous year are urging the government to allow them present what they called “the true” report they had put together, saying the conclusions of the report presented to the Parliament in October 2006 deviates from the original report.

An 11 member commission was formed by the government in 2006 to probe into post-election deadly violence in June and November 2005 in which close to 200 people were killed mainly in the capital Addis Ababa.

Leaders of the commission went into exile following pressure and threats form the then Prime Minister, Meles Zenawi, who wanted the commission to scrap a conclusion in the report that said “security forces used excessive force against unarmed protesters.”

The commission’s report said 193 protesters were killed and 763 others sustained injuries while more than 30,000 people were detained by security forces.

In exile, both the chairman, Firehiwot Samuel and his deputy Wolde-Michael Meshesha, published what they called the original report, accusing the government of trying to hide the extent of casualties and altering the conclusion of the report that security forces had used excessive force against unarmed civilians.

The report presented by the remaining members of the commission to the Parliament contained the same number of casualties but the conclusion was altered due to threats and pressure by the government against members of the commission, according to Samuel and Meshesha. The conclusion of the report presented to the Parliament said the deadly force used by security forces against protesters was appropriate.

Speaking to ESAT’s Mesay Mekonnen, Firehiwot Samuel said they had been demanding the Ethiopian Parliament to give them a chance to present the original report but some MPs and the Ministry of Foreign Affairs had put hurdles on their way.

“Some MPs and the Ministry of Foreign Affairs are blocking our effort to present the original report to the Parliament and the Prime Minister,” Samuel said. He particularly pointed his finger at the Minister of Foreign Affairs, Workneh Gebeyehu, who was the police commissioner at the time.

Samuel accused the Foreign Minister of having a role in hiding the extent of violence and in making up excuses for the excessive use of force by security forces.

“Like the current Prime Minister, the Foreign Minister needs come out and apologize for the violence,” said Samuel.

Soon after assuming office in April 2018, Prime Minister Abiy Ahmed had said addressing the Parliament that the government was responsible for a wide range of human rights abuses against citizens who just demanded for the respect of their rights.

Speaking at various forums, the Prime Minister promised that his government would make sure that the next election, slated for May 2020, would be free, fair and free of violence.