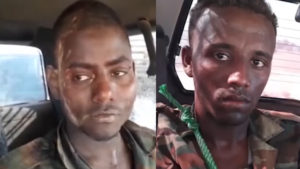 Two Ethiopian soldiers kidnapped last week by Somali army have been handed over back to Ethiopia, according to an officials with the Somali regional government in Ethiopia.

Last week, an armed group from Somalia had crossed into Ethiopia and killed at least 30 people, according to a highly placed source in the Ethiopian Somali regional government, who also told ESAT that about 50 people were also injured in the cross border attack.

The attack took place in the Ethiopian border town of Gehandale, in Warder Zone.

Two Ethiopian soldiers were also kidnapped in the attack.

Abdi Adil, head of security for the Somali region said the conflict was over grazing land and water resources between clans in the border area. He said one of the clans also happen to exist on the Somalia side of the border.

He said the conflict was not new and the two sides had been in similar situations before.

Mr. Adil said they had sent elders to the area to resolve the dispute in the tradition of Somalis and the regional government would work to bring a lasting peace.

An officer with the former Ethiopian army however says cross border attacks should have been a serious concern to the federal government.