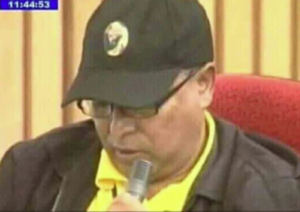 In response to a letter by Congressman Mike Coffman to the Secretary of State calling for the imposition of the Global Magnitsky Act on a former Ethiopian spy chief, Getachew Assefa, the U.S. Department of State said it will “evaluate the information and take steps as appropriate.”

Last month, Mike Coffman wrote a letter to the Secretary of State, Mike Pompeo, calling for visa restrictions and asset freeze against Getachew Assefa, the former spy chief who is implicated in the disappearance, torture, imprisonment and extrajudicial killings of dissidents.

Getachew Assefa “has been implicated in numerous serious crimes, including ethnic based violence in different parts of Ethiopia,” the Congressman said in the letter.

Assistant Secretary for the Bureau of Legislative Affairs, Mary Elizabeth Taylor said in a letter to Coffman that “together with the Department of the Treasury, the [State] Department will evaluate the information [Coffman] has presented and take steps as appropriate.”

“The State Department remains committed to the protection of human rights in Ethiopia and around the world,” the letter by Taylor said.

Coffman said the application of the Magnitsky Act will allow the President of the United States to impose visa and asset sanctions.

“By specifically targeting Assefa, the United States also demonstrate that no one will be beyond the reach of being held accountable and will face the consequences of their actions,” Coffman said in the letter.

Coffman said he expects the Department of State and the Department of the Treasury to impose travel restrictions and investigate if Mr. Assefa has any assets in the United States and take actions in freezing any finances.