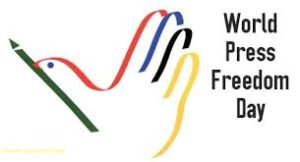 The United Nations Educational Scientific and Cultural Organization (UNESCO) announced that the 2019 World Press Freedom Day will be celebrated in Addis Ababa, the capital of Ethiopia on May 2-3, 2019.

UNESCO said in a statement that the decision was made after Ethiopia recently requested to host the day.

UNESCO’s Assistant Director-General for Communication and Information, Moez Chakchouk, welcomed Ethiopia’s decision to host the event and said that the decision “illustrates the Ethiopian government’s commitment to democratic reforms, especially in the media sector, which has opened up the space for media freedoms and for strengthening the respect for human rights in the country including online freedom of expression.”

For the first time since World Press Freedom Day began to be celebrated in 1993, there is no journalist prisoner in Ethiopia. A new Prime Minister, Abiy Ahmed, released all journalists and dissidents when he assumed office in April.

The Organization said around 1000 participants and high-profile speakers are expected to attend the event, including representatives from governmental and international organizations, the media, academia and civil society.

The event will be held at the Headquarters of the African Union Commission.

During the event, the UNESCO/Guillermo Cano World Press Freedom Prize to a deserving individual, organization or institution that has made an outstanding contribution to the defense and promotion of press freedom, UNESCO said in a release.