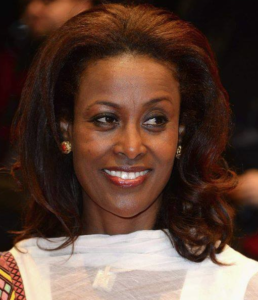 Ethiopia’s parliament appointed the first female supreme court president today in what is seen as the latest move by a reformist Prime Minister in increasing women’s role in his government.

Prime Minister Abiy Ahmed nominated Meaza Ashenafi to lead the highest court of the land which was unanimously approved by the Parliament.

A women’s right activist and a former judge for the high court, Ashenafi’s work was the subject of a Hollywood movie with Angelina Jolie as its executive producer.

The 2014 “Difret” took the World Cinematic Dramatic Audience Award at the Sundance Film Festival that year. It is based on a true story of a young girl who shot and killed her abductor. The tradition of kidnapping young girls for marriage is a widespread tradition in rural Ethiopia.

Dr. Ahmed said at the Parliament that he nominated Ashenafi because her caliber and vast experience would fit the post.

“Meaza Ashenafi is one of Ethiopia’s most seasoned lawyers and a prominent women rights activist. She was the founder of Ethiopian Women Lawyers Association and has served as High Court Judge. She brings a track record of competence and relevant experience to the role,” said Fitsum Arega, chief of staff for Ahmed in a tweet.

In the last two weeks, Ethiopia has seen the appointment of women in half of Abiy Ahmed’s cabinet and a woman was installed as President of the East African nation for the first time in 100 years.

Since he took office in April, Mr. Ahmed has taken political reform measures and promised to hold a free and fair election. He has single handedly ended a two decade old animosity with neighboring Eritrea, released political prisoners and allow exiled political groups to return home.