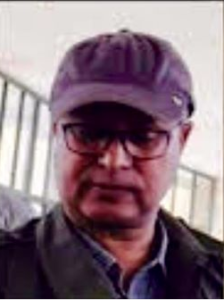 One of rare photos believed be Getachew Assefa

A congressman wrote a petition urging the United States to apply the Global Magnitsky sanctions against a former Ethiopian spy chief who is implicated in a wide range of crimes and human rights violations.

In a letter to the Secretary of State Mike Pompeo and the Secretary of Treasury Steve Mnuchin, Representative Mike Coffman of the 6th district of Colorado said the former head of the Ethiopian National Intelligence and Security Service, Getachew Assefa, “has been implicated in numerous serious crimes, including ethnic based violence in different parts of Ethiopia.”

The letter says the application of the Magnitsky Act will allow the President of the United States to impose visa and asset sanctions.

“By specifically targeting Assefa, the United States also demonstrate that no one will be beyond the reach of being held accountable and will face the consequences of their actions.”

Pro TPLF social media activists say he is recently appointed as security advisor to the administrator of the Tigray region.

Getachew Assefa has never been seen in public and has shunned the media. There are only a couple of photos believed to be the former spy chief available in the public domain.