Amnesty calls for release of rights defender and lawyer 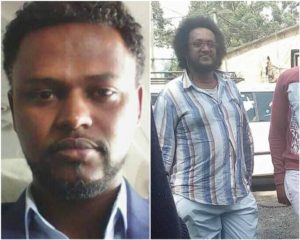 Amnesty International called for the immediate and unconditional release of a lawyer and his friend who were charged for allegedly working to form an association of residents of the capital Addis Ababa and championing for a more autonomous capital.

Henok Aklilu, a lawyer known for representing rights activists unjustly detained by the government and his friend, Michael Melak were arrested on Wednesday.

Police also accused that the duo had received training from the Palestine Embassy in Addis Ababa, a charge political observers called outrageous. People close to Henok and Michael said they were just two among a group of regulars at the Embassy who wish to form a “Friends of Palestine” club.

“The two must be released immediately and unconditionally as they are being simply held for peacefully exercising their rights to freedom of expression and association.”

The capital Addis Ababa has become a bone of contention after Oromo political leaders publicly declared that the Oromos have a special right over the capital, claiming they were the indigenous people.

That claim was quickly challenged by residents and activists of the capital who said Addis belongs to its residents.