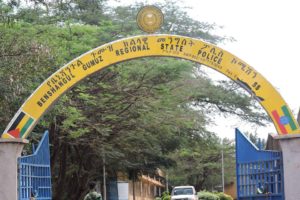 Four local officials from Benishangul Gumuz region in Western Ethiopia were killed in an ambush in Wellega, Oromo region.

The officials were on their way back to Kemash Zone from a security meeting in Wellega when they were attacked by unidentified gunmen in Gimbi, West Wellega, the report by the Ethiopian Television said.

The report quoted the regional police commissioner, Seyfedin Harun, as saying that the four officials of Kemash Zone were in Wellega for a joint regional security meeting with their counterparts from the Oromo region on Tuesday and were ambushed and killed on Wednesday as they were returning to Kemash.

The commissioner said a search is underway to catch the gunmen.

Tensions remain high in Kemash town following news of the killings and businesses and local government offices are closed.

The commissioner said there are elements in the region that were bent on inciting violence between the people in Oromo and Benishangul regions.