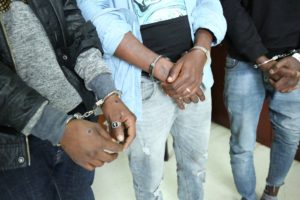 The crime prevention unit of the capital’s police said it has arrested 108 people that it said have been involved in looting private and public properties as well as in the illegal movement of hard currencies in Addis Ababa.

Police have also seized weapons and motor bikes that the suspects allegedly used in the crime, according a report by the etv.

Police allege that some of the suspects have also been involved in illegally appropriating land while others have looted utility cables meant for building public houses. The illegal appropriation of land has particularly been rampant in the peripheries of the city, according to the police.

Hundreds of weapons smuggled into Addis Ababa have been seized in recent weeks. Some of the weapons were intercepted while in transit to other regions of the country.