ESAT News (August 1, 2018), His Holiness Abune Merkorios, the fourth Patriarch of the Ethiopian Orthodox Tewahedo Church, has ended his exile in the United States and returned home after a 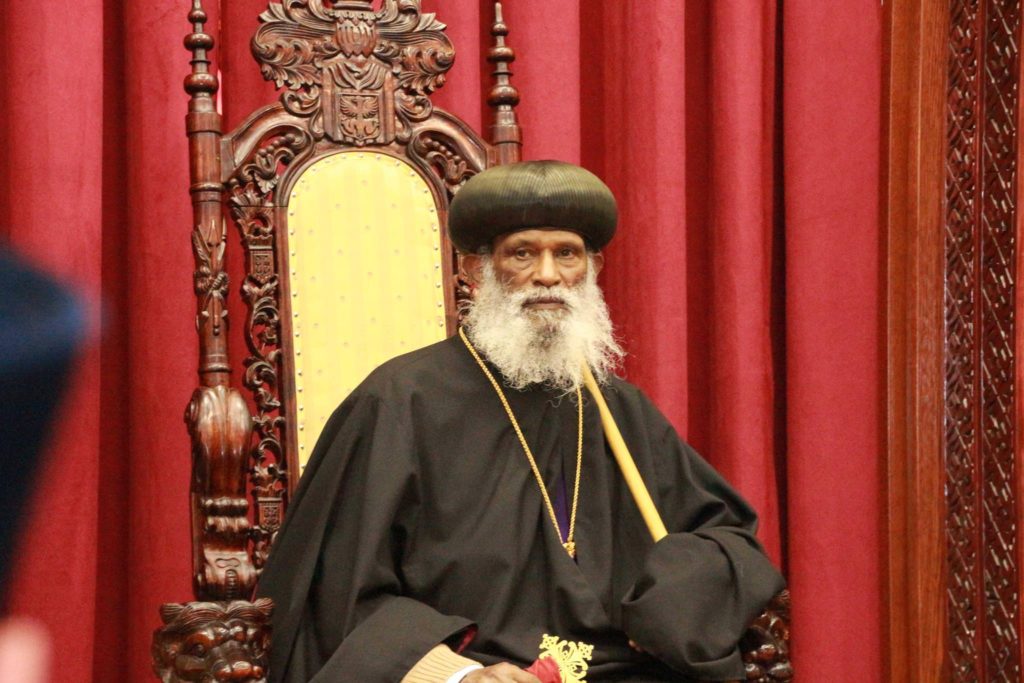 The patriarch, who was replaced by Abune Paulos and forced into exile in 1991,  was received with jubilation in the capital today as he landed at Bole International Airport along with his entourage and the delegation of PM Abiy Amhed, who held grand rallies and talks with the Ethiopian Diaspora in the United States from July 27 to July 30.

At St. Trinity Cathedral, priests and the laity celebrated the event with songs of praise and prayers in the presence of the returning patriarch and the incumbent, His Holiness Abune Mathias, the 6th patriarch of the church. Both patriarches will assume different roles, Abune Merkios will focus on prayers and spiritual leadership while Abune Mathias will serve in administrative capacity.

In a statement he made at Bole International Airport, PM Ahmed, who forcefully spearheaded the reconciliation, said that the end of the quarter of a century split is a landmark worthy of celebration. “The return of the Abune Merkorios is a joyous moment for all Ethiopians. The church has shown in deeds the fall of a wall of division that had splitted the church,” he said.

The PM said that the four-day mission of “breaking the wall and building bridges” in the U.S., which was aimed at reaching out to the Diaspora in a bid to overcome divisions, was a resounding success. The colorful events held in Washington D.C., Los Angeles and Minneapolis, MN, were a testament to the fact that the PM’s reform effort has won massive support among a diverse group of the Diaspora.

The Prime Minister also indicated that he held fruitful discussions with leaders of exiled opposition groups and prominent activists. He noted that his talks with the leaders of Patriotic Ginbot 7 was very productive. According to him, PG7 will soon return to Ethiopia to participate in the political process and endeavors of economic development.

Lema Megarssa, President of Oromia regional state, has also applauded the effort to build bridges in the Diaspora. He said