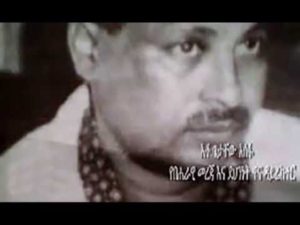 An Ethiopian court has issued an arrest warrant on former spy chief, Getachew Assefa, whom ESAT sources say has escaped to neighboring Sudan.

Our source close to the government also said Getachew Assefa has been staying in a hotel in his hometown, Mekele, Tigray region for a month. He has not been seen at the ongoing meeting of the ruling party, EPRDF.

ESAT’s source also said some members of police for the Tigray region have helped the former head of the National Intelligence and Security Services to cross into the Sudan. He has earlier sent his family abroad, according to our sources.

According to the court warrant, Assefa is wanted for a range of several serious crimes.

He was the country’s head of intelligence for many years under the TPLF regime but was removed after a reformist Prime Minister, Abiy Ahmed, took control of political power in April.

Getachew Assefa and his spy agency have been responsible for the imprisonment, torture and killing of dissidents including journalists.

Assefa remained faceless and has rarely been seen in public. He shunned the media and only a couple of photos of him are available in the public domain.