CPJ calls for probe into killing of news crew driver

ESAT (July 23, 2018) The Committee to Protect Journalists has called on the Ethiopian government to investigate an attack on a news crew in Oromia region that claimed the life of Suleiman Mohamed, a driver for 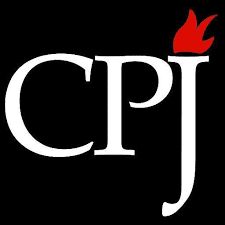 According to CPJ, the ambush happened on July 13 while the crew were heading to Addis Ababa to cover a visit by Eritrean President Isaias Afeworki. The driver died a few days after a violent assault that had left him in coma.

“The gains that Ethiopia has made in recent months, improving the media freedom environment under the leadership of Prime Minister Abiy Ahmed, will vanish if journalists are violently attacked with impunity,” said CPJ Africa Program Coordinator Angela Quintal.

The Dire Dawa-based crew were stopped and attacked on suspicion of being spies in Meiso, Oromia, CPJ reported. The media crew included producer Amero Tesfaye, cameraman Amin Sherif, broadcast reporters Biftu Yusuf and Muse Omer, and driver Suleiman, according to The Reporter and journalists who are familiar with the case and who spoke with CPJ on condition of anonymity for fear of retaliation.