A parliamentary committee has found that the Metals and Engineering Corporation (METEC) has squandered hundreds of millions of dollars in producing machineries without a thorough study of the market for its products. 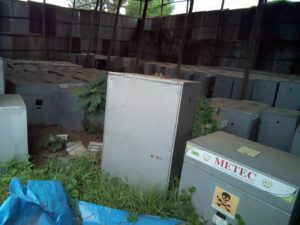 ESAT sources meanwhile say METEC has also wasted hundreds of millions of dollars in producing defective and below the standard machineries to the Ethiopian Electric Corporation.

The sources also say METEC has not returned 235.6 million dollars that was paid to it for the supply of smart meters to the Electric Corporation. The power corporation has found that the meters have defects and demanded refund.

Hundreds of millions of dollars of cables, transformers, insulators and other machineries that were supplied to the power company by METEC were also found to be defective.

METEC has, since it inception, been run by TPLF army generals who are accused of high level corruption and embezzlement.

METEC has remained in hot water for failing to construct and deliver ten government sugar factories worth 3 billion dollars after it had received payments.