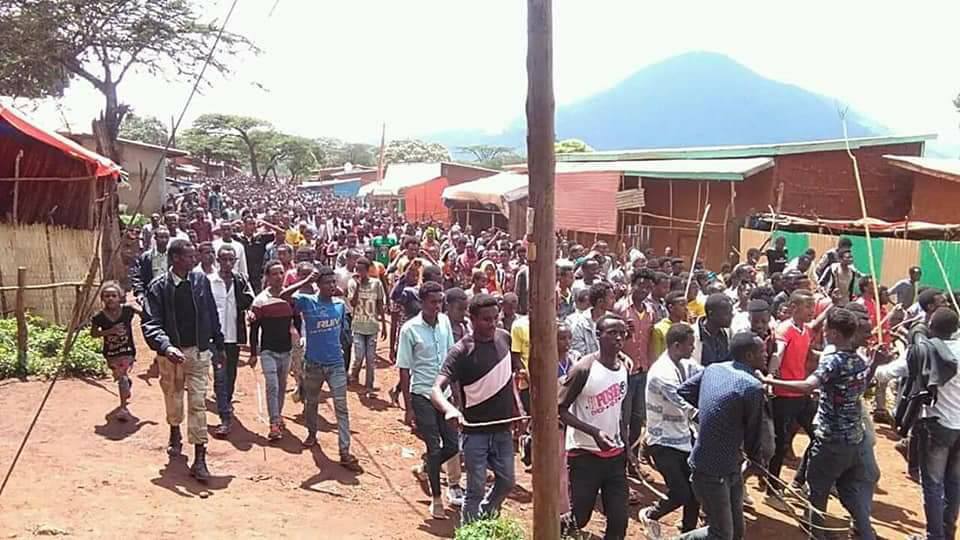 Authorities suspended the license for MIDROC Gold, a company locals accused of posing health hazards to residents near its site in Southern Ethiopia. A two week protests against the ten year extension of a mining contract to the company resulted in the death of at least four people in the last two days.

Security forces shot and killed two people in Abalo, near Adola, bringing the total number to four in the last two days, according to a resident who spoke on the phone with ESAT.

Fana Broadcasting, a media affiliated with the ruling party, reported that in response to the concerns of residents in the mining area, the Ministry of Mines has ordered the suspension of the mining operations until further and thorough studies have been done to see its impact on the people in the area.

Mengesha, a resident in Adola told ESAT that two more people were killed today in Abalo. One person was killed as was sitting in his car while another was riding his motorbike. It is not clear if the killings were linked to the ongoing protest in the area.

Residents say the gold mine has been dumping chemicals into rivers that has become hazardous to their health. They blamed the company for birth defects and other ailments.

MIDROC Gold has been operating in Southern Ethiopia for the last twenty years and is owned by Ethiopian born Saudi tycoon, Mohammed Hussein Al-Amoudi. He is one of Saudi princes and businessmen who have been detained in the crown prince’s crackdown against alleged high level corruption. (EW)