Members of the opposition and journalists who were recently released from prison had held talks with UN human rights chief and gave firsthand account of the human rights violations in the country. 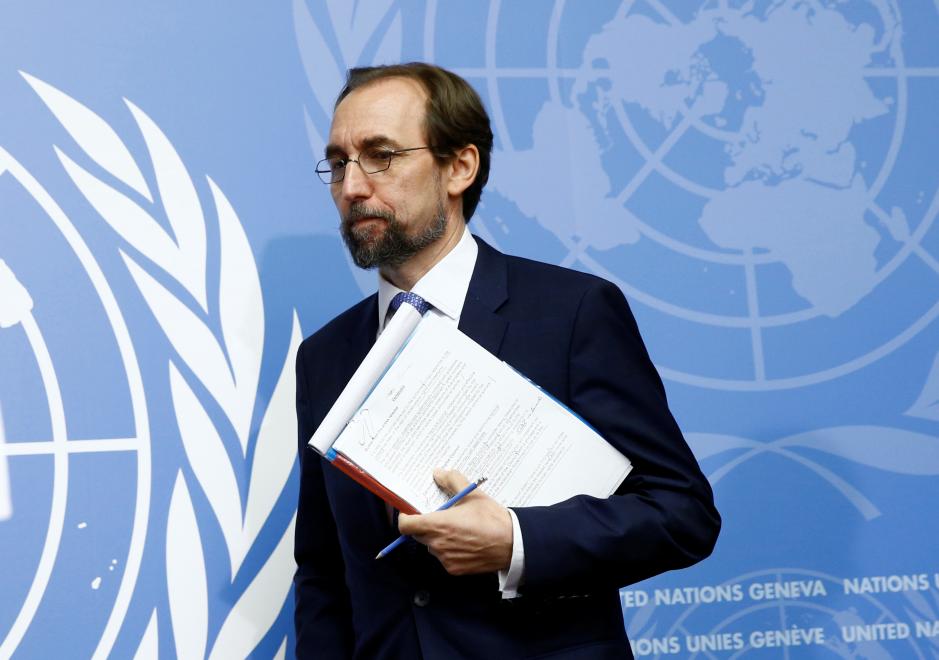 Ethiopian authorities allow UN High Commissioner for Human Rights, Zeid Ra’ad Al Hussein, to take a closer look at the human rights situations in the country after blocking access to him and his staff for two years.

Opposition political leaders and journalists have reportedly told the rights chief that what Ethiopia needs was not a minor reform but a major overhaul of the political landscape and get rid of undemocratic practices by the regime.

Al Hussein also signed a memorandum of understanding with the regime to open a UN Human Rights Office for East Africa in the country that will closely monitor human rights situations.

In a statement issued today at the end of his visit, the rights chief said some of the restrictive laws of the country need to be reformed.

“The Charities and Societies Proclamation, the Anti-Terrorism legislation and the Mass Media Laws, are in desperate need of reform.”

“The goal is to ensure that the human rights of all in Ethiopia are fully respected.”

Al Hussein said he want to see an Ethiopia “where people express their views on public policies, unafraid.”

The rights chief and his rapporteurs have been trying to get access to investigate the killing of hundreds of people in the 2015/2016 anti-government protest and the arrest and detentions of tens of thousands of people.

“We all want to see an Ethiopia with continuous economic development where all people benefit, and where people express their views on public policies, unafraid,” said the Commissioner at the end of his official visit to Ethiopia.

The UN rights chief who recognized the inspiring words of PM Abiy Ahmed also expressed anxiety over the future of Ethiopia. “There was tremendous hope, but also anxiety,” he said, citing the words of a former political detainee, who was quoted as saying. “We have repeatedly been victims of broken promises,” according to UN News.