The Global Alliance for the Rights of Ethiopians has donated 10,000 dollars to victims of recent attack and displacement in Southern Ethiopia who fled to Kenya following killings by Ethiopian regime army in Moyale town a week ago. 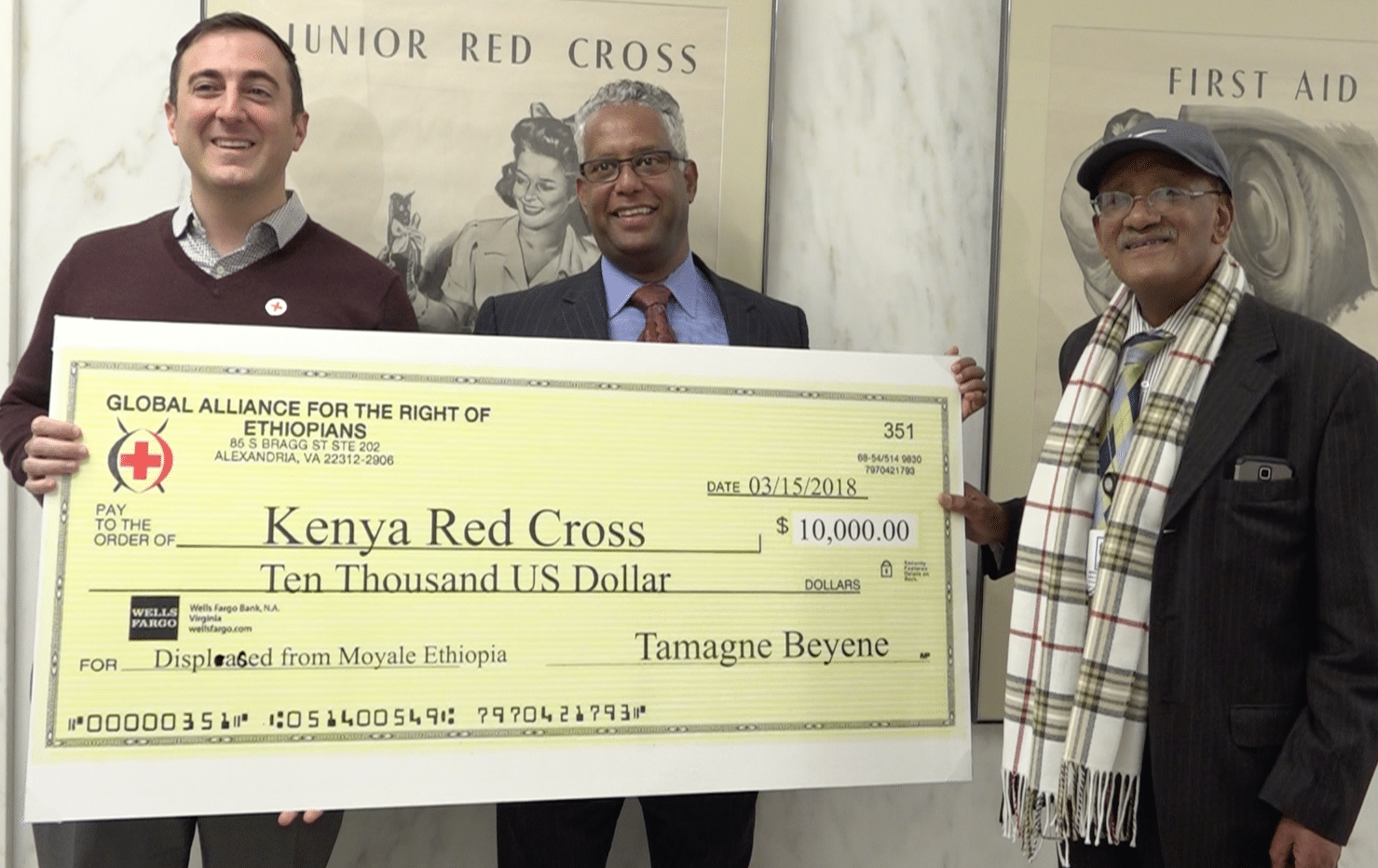 The donation was handed over to representatives of the American Red Cross and it has already been wired to the Kenya Red Cross, according to Tamagne Beyene, chair of the Global Alliance.

About 40,000 residents of Moyale town fled to Kenya after Ethiopian regime army killed at least 13 and injured scores of others a week ago.

The Global Alliance for the Rights of Ethiopians has in the past provided financial support to Ethiopians who fell victims to the brutal actions of a tyrannical regime, according to Mr. Beyene.

Mr. Beyene and Dr. Aklog Birara, also a member of the leadership of the Alliance, handed over the check yesterday at a ceremony held at the headquarters of the American Red Cross in Washington, DC.

The Alliance has recently donated 25,000 dollars to Oromos displaced from the Somali region following a deadly violence carried out by the Somali Region Liyou police. It had also provided financial support to Ethiopians displaced from Saudi Arabia, recent victims of violence in the Amhara region as well as to freed political prisoners, who needed help to cover transportations and other expenses to enable them reintegrate back to the society.

The money is raised by Ethiopians in the Diaspora, it was learnt.