The weeklong blockade on distribution of fuel in Ethiopia that crippled major economic activities ends today but activists are calling for an extension of the campaign as long as the state of emergence was in place. 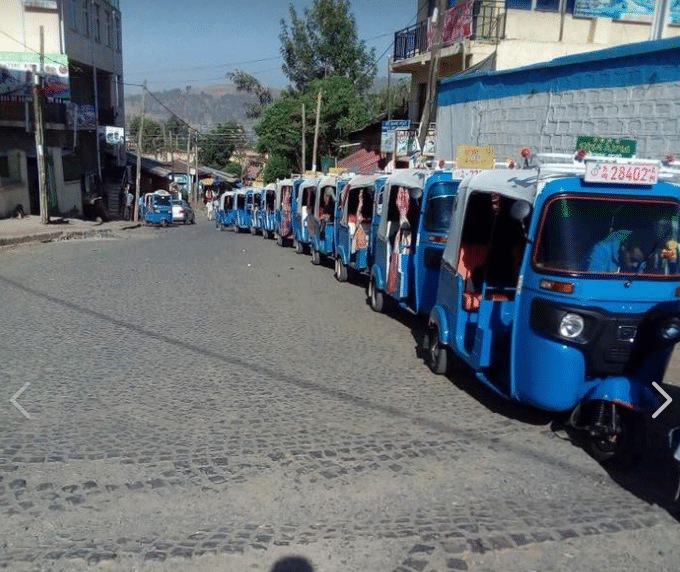 Bajajas lined up in Gondar city in hopes of getting fuel. Photo: social media

The blockade on fuel truck operation that began last Tuesday was called by the Qeerroo, a network of youth in the country’s Oromo region that is defying the state of emergency declared in February. It was called in protest against the martial law and the killing of compatriots by security forces.

Several gas stations across the country have gone dry. In the capital Addis Ababa, some fuel stations have reportedly been closed for the last few days. In Gondar, Bahir Dar, Debre Tabor and other towns in the Amhara region were hit by fuel shortages and long lines of queues were seen at several stations.

Reports also show that prices of merchandise and food items have shot up exponentially as a result of the fuel blockade.

The week long ban on fuel truck operation was part of Qeerroo’s struggle against a regime that declared a state of emergency in mid February, the second in two years.

The restriction of fuel trucks operation also came after a weekend that saw the killing of at least 10 people in the southern commercial town of Moyale and the displacement of thousands of residents who crossed into Kenya to save their lives.
(EW)