The International Federation of Red Cross And Red Crescent Societies said 100 Ethiopian households were migrating to Kenya and projected that the population could reach 15,000 by the end of this month. 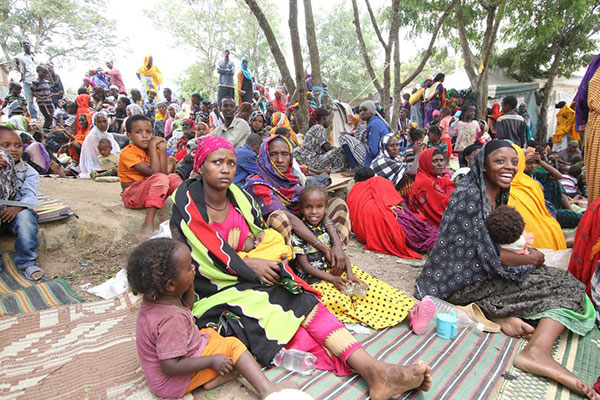 The figure does not include those migrants who are under the care of relatives on the Kenyan side. About 40,000 people fled to Kenya after Ethiopian regime army known as Agazi shot and killed at least 13 people and injured 69 others early this month in the border town of Moyale. Immediately after the aftermath, residents of the town had began crossing the border into Kenya and sought refuge to save their lives.

The whereabouts of 16 people is still unknown.

“Based on the current situation in Oromia region, it is anticipated that more people will move across the border and if the current trend of about 100 households coming daily is maintained, it is projected that the population will reach 15,000 by end of the month of March 2018,” the Societies said in a report yesterday.

The report said there are 615 pregnant women and 940 lactating mothers among the displaced.

“More displaced persons are also expected to come in through various border villages,” according to the report.

“Some of the displaced have integrated with their relatives, friends and kins from the Kenyan side, while some have camped in schools, churches, mosques and open spaces within individual compounds,” the report added.