Eritrea said today that the State of Qatar provided the Sudanese Defence Forces three MiG fighter jets that were subsequently deployed in Kassala, near its border with Sudan. 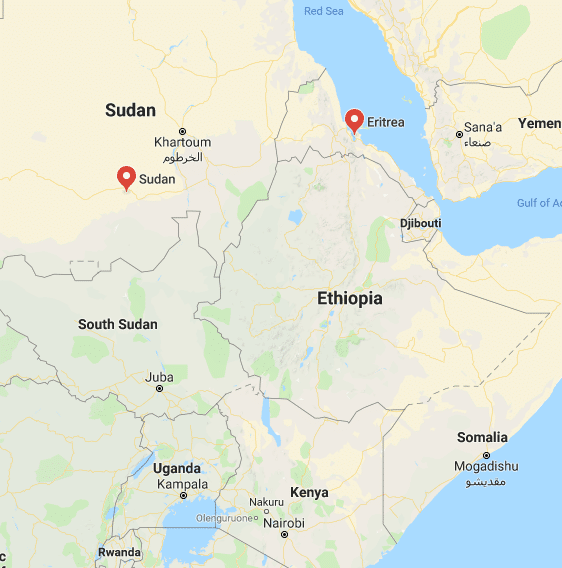 Eritrea also claimed the provisions of the jets were “purportedly done” to what the Sudan and Qatar said was to “thwart an attack from Eritrea that would be unleashed with the support of the United Arab Emirates.”

The statement by the Ministry Information of Eritrea that called recent news of the deployment of Egyptian troops in Sawa, Eritrea, fabricated news, also said the pilots for the three Mig fighter planes were two Qataris and an Ethiopian.

Eritrea also accused that a radical Islamic cleric by the name Mohammed Jumma, had opened an office in Khartoum and is financed and supported by Sudan and Qatar.

“In early February, the followers (the full list is available) of the radical Islamic Cleric, Mohammed Jumma, opened an office, under extreme secrecy, in a secluded area to organize political and military activities as well as to train their members. Funding of their activities is provided by the Embassy of Qatar in Khartoum. Training and other logistical functions are managed by the Sudanese Security and Intelligence Service,” the statement by Eritrea said.

Eritrea says Sudan and Ethiopia were being given military support by Qatar to watch areas along its border with Sudan.

“At the beginning of March, a delegation of Qatari military officers, led by the Ambassador of Qatar in Khartoum, Rashid Bin Abdurahman Alnueimi, paid a visit to the “Joint Sudanese-Ethiopian Defense Unit”, to inspect its operations and gauge the security situation in the Kassala area. This outfit was recently established by the Sudanese and Ethiopian Armed Forces with the funding from Qatar.”

“The question is why Qatar involves itself in such senseless intricacies,” the statement quizzed.

Tensions rose among the three East African countries when Sudan allegedly deployed its troops in Kassala near the Eritrean border in January in what Khartoum said was in response to Egypts deployment of troops in the Eritrean side of the border, as reported by Al jazeera and other Middle East media. Sudan also closed its border with Egypt and Eritrea.

Eritrea categorically denies that such a military move exists.